“LILAS GmbH” is a research and development company. We find solutions to commercial, industrial, research and defense challenges. Our electron beam wirefeed 3D printing technology is ideal for aerospace applications.

“LILAS” e-gun AM technology does not require complicated vacuum systems, there is no pollution of e-gun elements by vapors and there is no X-ray radiation - so the system does not require heavy protective shielding. The system is light, efficient and cost-effective. The shape of "LILAS" electron beam emitters is determined by the specifics of the future AM object to ensure efficient AM process.

“LILAS” electron gun technology is used to effectively lower the emissivity of low E coatings for glass while having as small an impact on the transmitted and reflected color as possible. “LILAS” technology allows to modify optical properties of the glass and thin films to desired values.

Some time ago Dr. Lissotschenko patented a technology which he then called “an optical brick”. The essence of the patent boiled down to the following: Dr. Lissotschenko made both optical surfaces and high-precision elements for the future coupling combinations of the lenses, and the whole mechanism would not require any additional fine-tuning and adjustments every time the lens combination was altered. The whole structure was made with nano-precision.

Now Dr. Lissotschenko offers an “electron beam brick” in order to construct super-powerful and sophisticated electron-beam systems for the additive manufacturing of both metal items and dielectric items. The systems are based on the traditional Pierce electron gun.

The deflection of the electron beam of such a gun is done electrostatically – by means of the electric fields, and the frequencies used vary from 10 kHz and up. Since the cathodes of such electron guns are quite long – from 80 to 120 mm with the diameters of 1 mm and up – so one can get the beam current of 1 Am while decreasing the accelerating voltage up to 15 kV – thus the power of one such electron gun can vary from 10 to 15 kV.

It is convenient to use Pierce electron gun with sectioned focus elements for the preheating and annealing of the AM item, and each section of the gun is independently controlled which guarantees the optimal temperature field.

“LILAS” module ring-shaped multi-gun system envelops both the melted rod and melt zone by electron beams from all sides - creating the matrix “illumination” in order to effectively preheat the substrate or recent AM layer, to melt the rod, to maintain the uniform temperature field in the melt zone and to post-heat the AM item.

The configuration of our electron gun systems is always determined by the specifics of the would-be created AM item. The coupling of an electron gun to the optical system is standardized – that is why we can use various specific optical modules (sometimes bespoke optical modules) in order to additively manufacture particular items.

Further disclosure of information pertaining to “LILAS” EBAM system is possible after a receipt of a price offer from a responsible prospective buyer. Thank you for your understanding.

About the author: The inventor of the technology – Dr. Vitaly Lissotschenko. Dr. Lissotschenko founded “LIMO GmbH” («Lissotschenko Microoptik») in 1992 and was the sole owner and CEO of “LIMO” till 2016 when he sold the company. In 2015 “LIMO” had 250 employees. In 2018 “LIMO” won "Prism Award” - the highest honor of the global optoelectronic industry in the category of Material Processing & Additive Manufacturing. Past winners include “General Electric” and “Lockheed Martin”.

State of the art by default

The ULTRASONIC series is a unique and pioneering machine tool that offers not only ordinary cutting operations but also high-speed, high-precision, high-efficiency grinding by means of ultrasonic oscillation.

It achieves high-precision machining of a wide range of materials from standard metals to difficult-to-cut materials of ceramics and high-tech materials of carbides.

The ULTRASONIC 20 linear is based on the HSC series machines. It comes with linear drives and offers both HSC milling and ultrasonic machining on one machine. 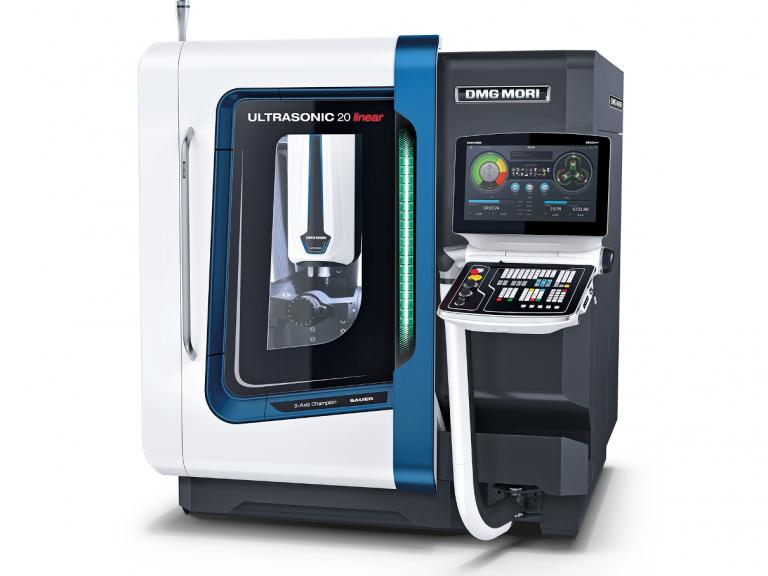 The Haas VM Series machines are high-performance VMCs that provide the accuracy, rigidity, and thermal stability required for mold making, tool & die work, and other high-precision industries. Each machine features a generous work cube, a multi-fixturing table, and a 12,000-rpm inline direct-drive spindle. Standard features include the Haas high-speed control with full look-ahead, a side-mount tool changer, a programmable coolant nozzle, an automatic air gun, and much more. 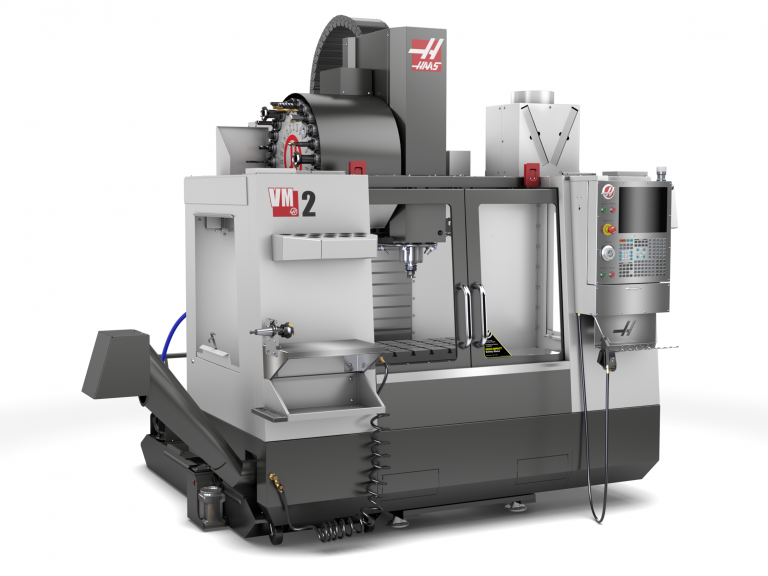 Different models of "LILAS" e-guns - the shape of the gun's emitter is determined by the specifics of the future AM object. 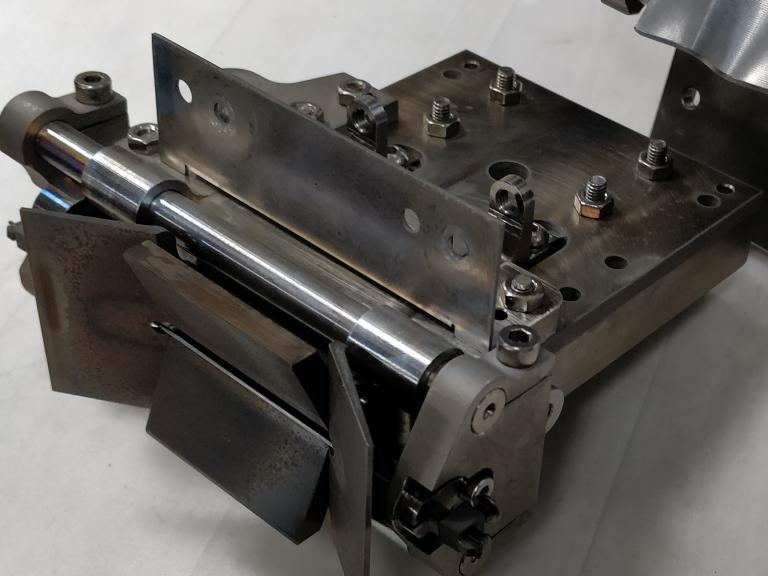 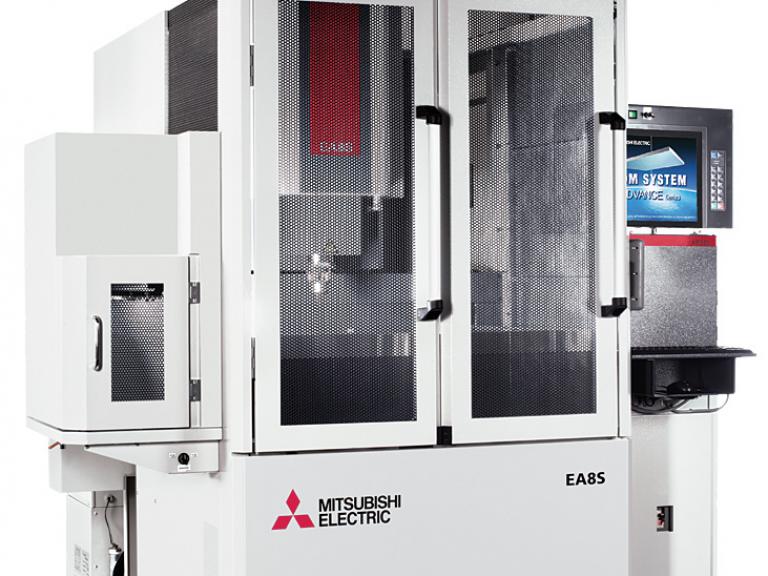 The machine results you expect – in a playful, transparent, efficient and reliable process These days, the operation of a CNC machine no longer has to be complicated – the dialogue guidance of the CNC helps less experienced machine operators to reliably accomplish their tasks. The transparency of the machining processes on the EDM system and overviews of the state of maintenance and resource consumption are a help with cost analysis and preventive maintenance. The analysis functions thus help to boost efficiency by exploiting capacities and resources better – and boost the proverbial reliability of the EDM systems from Mitsubishi Electric still further. 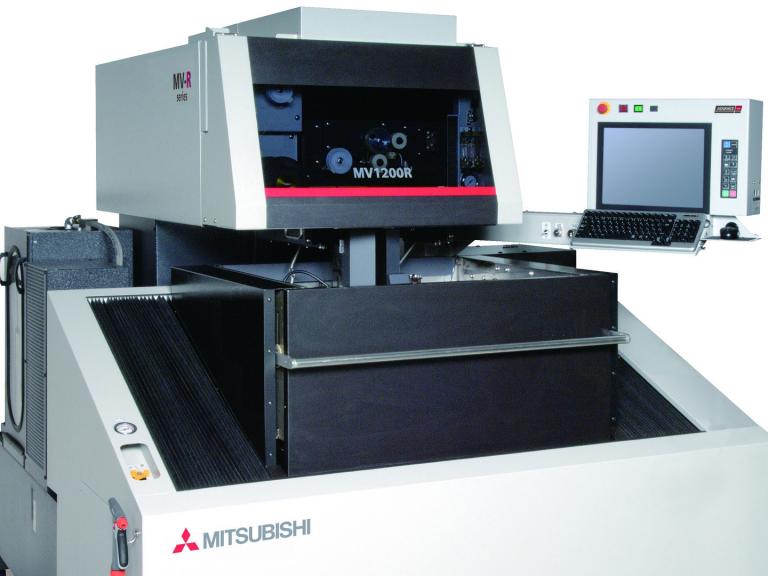 Water Jet Sweden’s machine model “Micro” (NCM 10) is specially developed for the FAWJ-process and is used for manufacturing of micro components. Micro waterjet cutting machine is a popular alternative to Micro-EDM and Laser. The Micro is a machine system based on Water Jet Sweden’s patented Gantry design and has a number of unique features for cutting with tolerances less than ± 0.01 mm. Some examples are the cutting table which is made of epoxy concrete, a material that also is used for measuring machines. The machine’s positioning is determined by a micrometer scale from Renishaw, an invar scale that has a precision of 1 nm. The Micro machine is a high precision tool used in precision mechanics, electronics, biotechnology and similar industry sectors, and for jewelry design and processing of exclusive materials. 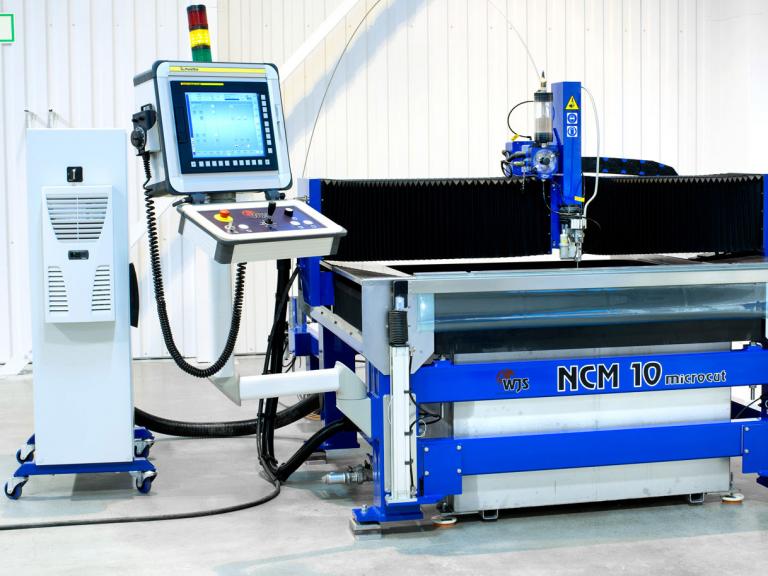 I used to wonder how it comes about that the electron is negative. Negative-positive... these are perfectly symmetric in physics. There is no reason whatever to prefer one to the other. Then why is the electron negative? I thought about this for a long time and at last all I could think was “It won the fight!”!